“The VoiceShop Retreat is one of the most influential events in my development as a jazz singer.”  –VS Student

Does singing mean so much to you that you can’t take control
and actualize what you feel?

Do you “think too much” when you sing?

Wish you could improvise more and loosen up in the song?

Longing to really “connect” with the musicians you play with?

Learn to balance the love and intent you feel for your music
with the skill of the art form.

“This weekend was freaking awesome! It was both spiritually and musically invigorating.” –VS Student

Tired of going to workshops and barely getting a chance to sing?

Spend an extravagant three-day weekend with an intimate group of only SIX SINGERS in this highly acclaimed retreat working on the fine art of jazz singing.

You WILL leave a different singer.

“Thank You for introducing me to the endless possibilities”
–VS Student

WHAT FOLKS ARE SAYING!

“In between work sessions and walks by the lake, Madeline cooks everyone gourmet meals — I still haven’t recovered from the sheer fabulosity of it all.” –VS Student

Every meal is made with loving care using only fresh ingredients.
No cans, no jars, no way!

“I loved all the thoughtful details – they made me feel super-comfortable. From the yummy treats on my bed to my favorite Peet’s coffee in the morning… And I slept like a baby!” –VS Student

“Pure magic. We would be happy in a shack but we were in a gorgeous house surrounded by the trees with the lake peeking at us” –VS Student

The VoiceShop is located in a beautiful private residence at Lake Tahoe, Nevada. It is a 40 minute drive from the Reno International Airport. Or a 3½-hour drive from SF Bay Area. 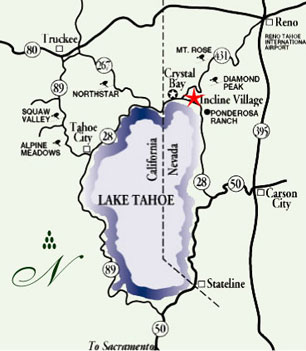 Accommodations and all meals included

$100 Non-refundable deposit due upon acceptance

All payments must be made
via our Payment Page Only

Cancellation Policy
Because this is a six-person Retreat, we depend on your commitment.
There are no refunds.

Inducted into the HALL OF FAME, California Jazz Alliance for excellence as a Jazz Educator

Eastman has been lauded for her original, “hip” take on the music prompting CD Review to write, “She doesn’t tinker aimlessly, she reconstructs with purpose. She lays depth charges right from the beginning.” Stereophile Magazine said “She’s hitting from beginning to end, sizzling and snapping with electricity, sliding across bar lines, scatting choruses, slowing to a whisper, bending melody line to her will. She is IN CHARGE.”

She splits her time between touring and teaching.

Press the APPLY NOW button and fill out the Application Form.
We will notify you by email to inform you of your acceptance.

Once we receive your deposit, we will send you an email with the password to our Student Portal. Login to get specific information on Retreat location, how to prepare, what to bring, etc.